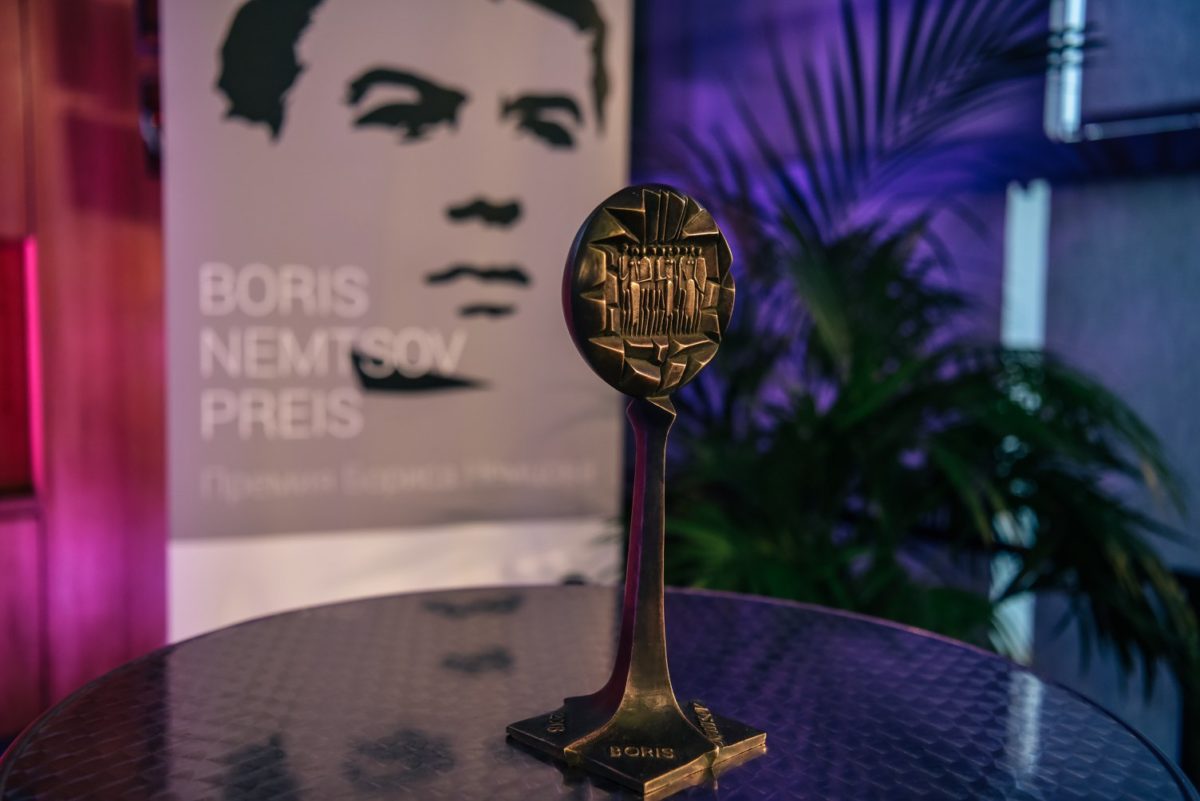 Four years ago Boris Nemtsov, opposition politician, was shot dead on the Bolshoy Moskvoretsky Bridge. In memory of the Boris Nemtsov Foundation for Freedom opens the annual Boris Nemtsov Prize for Courage in fighting for democratic values and human rights. This year the Prize is presented for the 4th time.

The Prize serves as a reminder  that despite pressure and threats of persecution for political reasons, there are people who continue to advocate for  basic rights ts freedoms declared by the Constitution of Russia. н

Lev Shlosberg, Ildar Dadin and Nadezhda Mityushkina were recipients of the Prize.

The rules of the Prize provides that candidates are nominated by non-profit organizations. Among them are: the Memorial Human Rights Center, the Friedrich Naumann Foundation, the Voice movement, the Solidarity movement, the Free Russia Foundation, the Last Address project, the Prague festival, the European Dialogue Expert Group, the Foundation of Socially Important initiatives in  Nizhny Novgorod, “Aktivatika”, Moscow School of Civic Education, the Anti-Corruption Foundation, the Boris Nemtsov Academic Center, Freedom House – Lithuania, German-Russian exchange.

The deadline for nominations submission is the end of April. The number of nominations submitted must not exceed 3.  After collecting nominations, a long list for an online vote is developed. ‘Novaya Gazeta’, Russia’s independent newspaper,  offers it’s platform for the online vote. Five finalists are selected by the readership of ‘Novaya Gazeta’. The recipient is chosen by the Board of Trustees of the Boris Nemtsov Foundation. The award ceremony is held in Bonn in June.