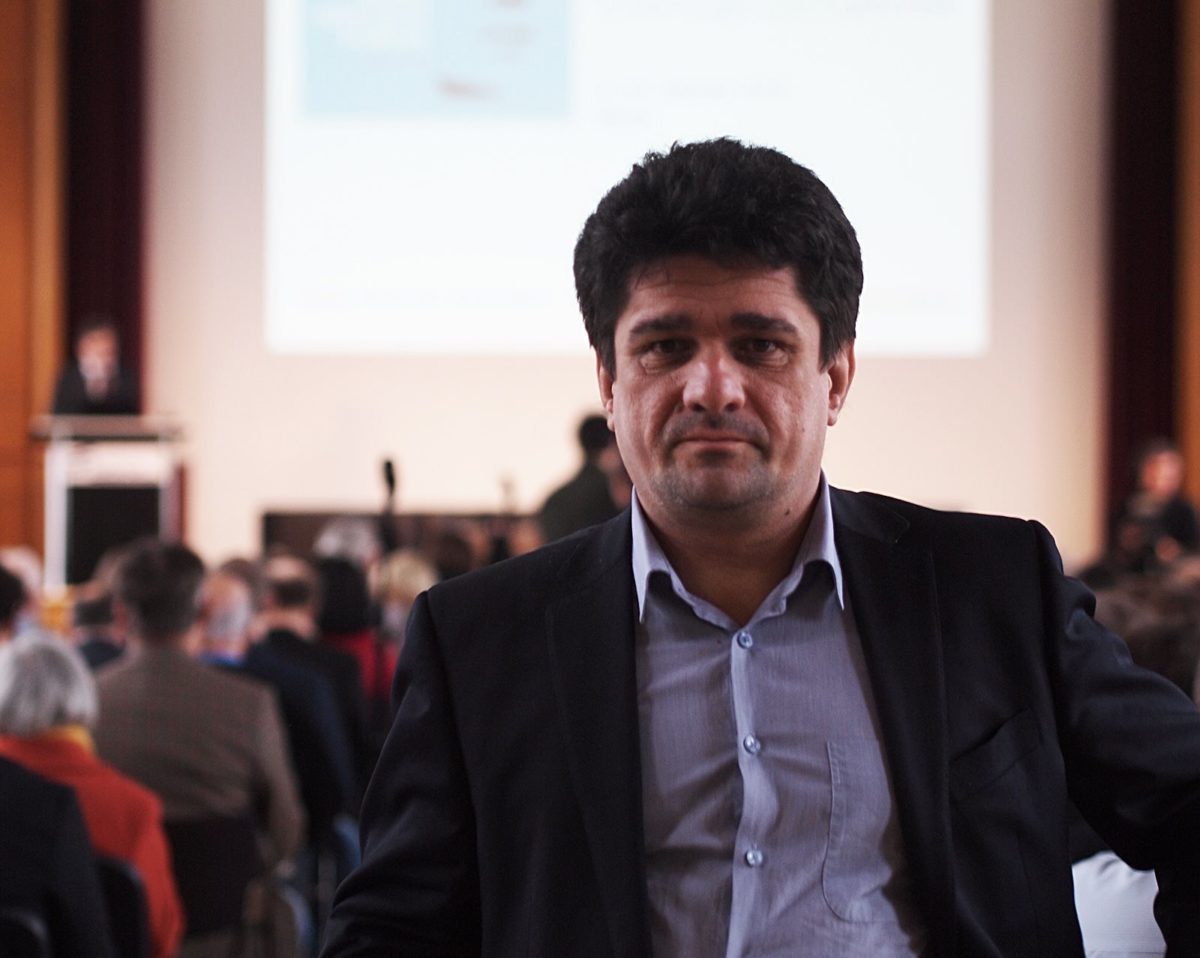 Almost three years have passed since Boris Nemtsov was killed. Vadim Prokhorov, Boris Nemtsov’s family lawyer shares key facts about the course of the investigation, highlights the results of the trial, and declares further steps for bringing all the perpetrators to justice.

Immediately after Boris Nemtsov was murdered, the Investigative Committee of the Russian Federation initiated criminal proceedings under clauses “g” and “h” of Article 105 (part 2) of the Criminal Code of the Russian Federation – “Murder committed by a group of individuals, a group of persons by prior agreement or an organized group out of mercenary motives or by hire, or  attended  by  robbery  with  violence, racketeering or banditry”. The investigation was conducted by the Investigative Committee Central Investigation Department.

Boris Nemtsov’s daughter Zhanna Nemtsova was recognized as victim in this criminal case. Her interests, both in the course of preliminary investigation and during subsequent trial, were represented by the lawyers Vadim Prokhorov and Olga Mikhailova.

Even at the stage of preliminary investigation they filed a number of requests.

They repeatedly requested to reclassify the case and bring charges under Article 277 of the Criminal Code of the Russian Federation – “Encroachment on the Life of a Statesman or a Public Figure” punishable by deprivation of liberty for a term of 12 to 20 years or by imprisonment for life. After the investigation turned down the request, the lawyers appealed the decision both in the trial court and in the court of appeal. However, the courts took side of the investigation.

During the preliminary hearing at the Moscow District Military Court prior to the start of the judicial inquiry, the victim’s representatives made a motion  for the return of the criminal case to the Prosecutor’s Office to reclassify it under Article 277 of the Criminal Code. On July 25, 2016, the charging prosecutor Antipov made the following statement in connection with this motion: “We cannot allow classifying murders of opposition activists as encroachment on the life of statesmen and public figures!” This declaration clearly shows lack of political motivation to investigate this crime in accordance with the letter and spirit of the law.

Eventually,  both the Moscow District Military Court and the Supreme Court of the Russian Federation dismissed the motion.

In the meantime, the motive for the murder of Boris Nemtsov has not been formally established yet.

In the course of the preliminary investigation Zhanna Nemtsova’s lawyers made numerous requests to investigate and interrogate a number of people – in particular, deputy commander of Russian Interior Ministry Sever Battalion Ruslan Geremeyev, a member of the Russian State Duma Adam Delimkhanov, commander of Russian Interior Ministry Sever Battalion Alibek Delimkhanov, Head of the Chechen Republic Ramzan Kadyrov and Head of Rosgvardia General Viktor Zolotov to name just a few. In the overwhelming majority of cases, the investigation refused to satisfy the requests. The courts, where these decisions were appealed subject to the established procedure, took the side of the investigation.

In the course of the preliminary criminal investigation, the lawyers took a number of steps to retrieve the video footage showing the moment of murder recorded by CCTV cameras monitoring Bolshoy Moskvoretsky Bridge. However, law enforcement agencies (namely, the Federal Protective Service) responded that they did not have those video records.

Once the preliminary investigation was completed and the lawyers got acquainted with the case file prior to the case being submitted to the court,  they made a motion for resuming the investigation in order to establish the real motive behind Boris Nemtsov’s murder, expose its organizers and bring charges against Ruslan Geremeyev and his nephew Artur Geremeyev.

The lawyers were convinced that the investigation had failed to identify all the perpetrators and demanded to interrogate Shamkhan Tazabaev, Aslanbek Khataev and some other people.

They also repeatedly demanded to interrogate and conduct investigative actions against the alleged organizers and instigators –  General Viktor Zolotov, Head of the Chechen Republic Ramzan Kadyrov and a number of his cronies including the Delimkhanov brothers and Suleiman Geremeyev, a member of the Federation Council .

All those motions were denied.

The trial lasted from the end of July 2016 to 10 October 2017. At the first hearing the aggrieved party representatives made a motion for the return of the case to the Prosecutor’s Office in order to reclassify the actions of the defendants under Article 277 of the Russian Federation Criminal Code. The court refused to grant this motion.

Subsequently, Zhanna Nemtsova’s representatives addressed the court with a statement on the incompleteness of the pre-trial investigation resulting from:

Even before the trial, all of the above resulted in violation of the victim’s right of access to justice and clearly showed inadequacy of the investigation. The statement was attached to the case file  at the request of Zhanna Nemtsova’s representatives.

The main stage of the trial at the Moscow District Military Court with the participation of the jury lasted from October 2016 to July 13, 2017.  Dozens of witnesses gave their evidence in the course of over 80 hearings. The materials of the court investigation amounted to more than 95 volumes.

The court denied the aggrieved party the right to question a number of witnesses, including Head of the Chechen Republic Ramzan Kadyrov and members of his inner circle. The court also refused to interrogate a number of Boris Nemtsov’s associates (including his long-term assistant Olga Shorina, executive director of the Boris Nemtsov Foundation). The court turned down the motion for providing compulsory attendance and questioning of Ruslan and Artur Geremeyev in the capacity of witnesses. The court further refused to summon for questioning Head of Rosgvardia Viktor Zolotov. Zolotov is Putin’s close friend and former security chief. He also happens to be Kadyrov’s close friend. Both Zaur Dadayev and his immediate commander Ruslan Geremeyev were Zolotov’s subordinates.

Some of the questions addressed to witnesses, mainly those asked with the purpose of identifying organizers and instigators of the crime, were dismissed by the presiding judge Yuri Zhitnikov. In addition, the judge warned every witness interrogated in the presence of the jury that they should not give any evidence about Boris Nemtsov’s political activities.

The above facts discredited impartiality and independence of the court, so on 30 May 2017, Zhanna Nemtsova’s representatives made a motion to disqualify the presiding judge Yuri Zhitnikov. This motion was also dismissed.

Meanwhile, the aggrieved party challenges the validity of the proof of guilt with regard to at least one of the defendants – Khamzat Bakhayev. The prosecution had failed to provide any strong evidence of his guilt and the victim’s lawyers tried to draw attention to this fact during the  trial court debates  and later at the court of appeal.

The aggrieved party filed an appeal against this verdict to the Supreme Court of the Russian Federation. The appeal requested for the revocation of the verdict on the grounds of improper criminal charges. However, on 10 October 2017, the Supreme Court dismissed both the victim’s appeal and those of the defendants.

The aggrieved party claims that during the preliminary investigation and the subsequent trial:

This said, the problem is obviously not that it is impossible or difficult to identify the suspects. In fact, the aggrieved party has repeatedly named them in numerous requests and petitions. The most serious issue is that the investigating agencies have no intention of taking any steps in this direction, making us assume that such is the wish of the Russian authorities.

Currently, the trial has ended only with respect to the principal offenders charged with the murder of Boris Nemtsov.

In January 2016, the Investigation Committee of the Russian Federation singled out a separate criminal case against Ruslan Mukhudinov and “other unidentified murder organizers” from the main (“parent”) case. As of today, Ruslan Mukhudinov (Ruslan Geremeyev’s driver), whose whereabouts are reportedly unknown to the investigators, is the only person under investigation.

However, the aggrieved party has no information about any real action taken on this particular criminal case.

Zhanna Nemtsova’s legal representatives Olga Mikhailova and Vadim Prokhorov continue to work on this separate criminal case. Among other things they are preparing a number of procedural motions, which will hopefully urge the investigation into action.

Unfortunately, the choice of possible international legal mechanisms for putting pressure on the Russian authorities and urging them into solving Boris Nemtsov’s murder case is limited. Nevertheless, such opportunities exist.

First of all, there are some possibilities within the framework of international organizations of which Russia is a member: OSCE, PACE, etc.

Back in January 2016, the Swedish parliamentarian Kerstin Lundgren put forward an initiative  to start the procedure for preparing a special PACE report on the investigation into the murder of Boris Nemtsov. The initiative was supported by more than 60 PACE deputies from different countries and parties. However, the office of the then PACE President Pedro Agramunt put the project on hold for more than a year. In March 2017, PACE finally managed to launch the mechanism for preparing the report. In May 2017 a well-known European and Lithuanian parliamentarian Emanuelis Zingeris was appointed the keynote speaker.

On 11 October 2017, the PACE Committee on Legal Affairs and Human Rights in Strasbourg held its first preliminary hearing on the report. Emanuelis Zingeris, Zhanna Nemtsova, Vladimir Kara-Murza Sr., Vadim Prokhorov and Olga Mikhailova were among the most active participants. Several more preliminary hearings will be held prior to presenting the report at a PACE session.

All news about the investigation (including 81 text streams of the court hearings) can be found in Russian on Mediazona web-site.